A couple weeks ago, I took a couple of friends on the first backpacking trip of the new season. It did indeed feel like the season intro episode. The pieces were falling into place. We started to talk on the hike up about the plot of the horror movie that we were going to be the main characters of. That story didn’t finish until we left the park, safe and sound. As the trip went on, we had to keep coming up with new twists. The movie must have been cancelled though, because I am writing about this trip and we all lived!

Here is Josh and I being goofy before heading into the park.

At the summit at the top of Veach Gap, there was even a camp site. It was a beautiful spot with lots of great views. There was even a Blair Witch Project style burial mound over the side of the mountain. Scary! The problem with this camp site is, there is absolutely no access to running water for at least a couple of miles. So, we decided to leave the views behind. 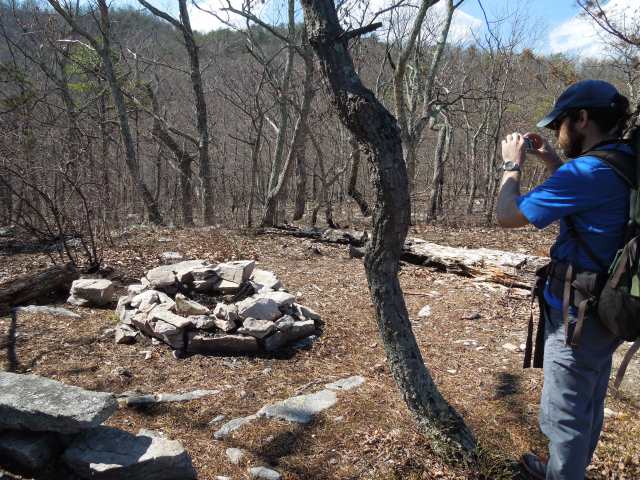 This was the first scenic overlook that I have ever come across where I could see such an impressive view of a body of water. The Shenandoah River really is quite wide and beautiful from the mountain tops. 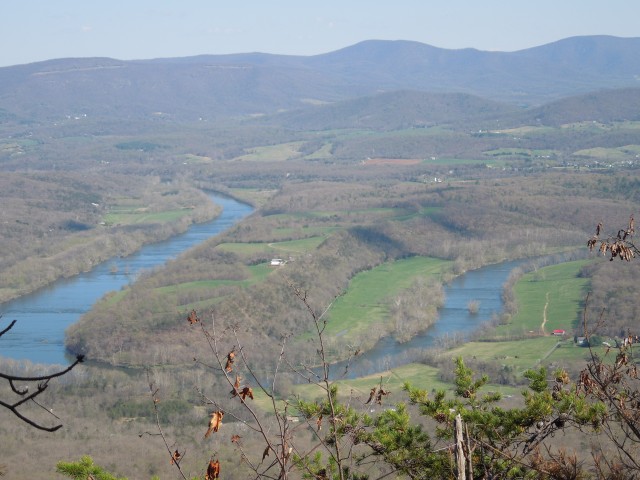 We set up camp a couple of miles down in the river valley. Berta stayed there to rest and Josh and I went further down to check out a campsite we saw earlier on the circuit. We thought that the one further down was even more awesome and decided to move the site. Near the new site, there was this gem of a little pool of water and a pretty little waterfall. 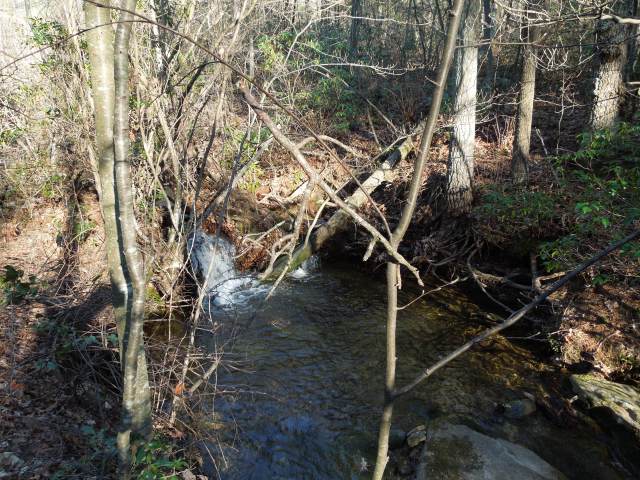 When we found this camp site that we decided to make our own, it needed work. We found the logs for our seats. We built up the sides of the fire pit to make it twice as high. It was fun to build it up for the future residents. 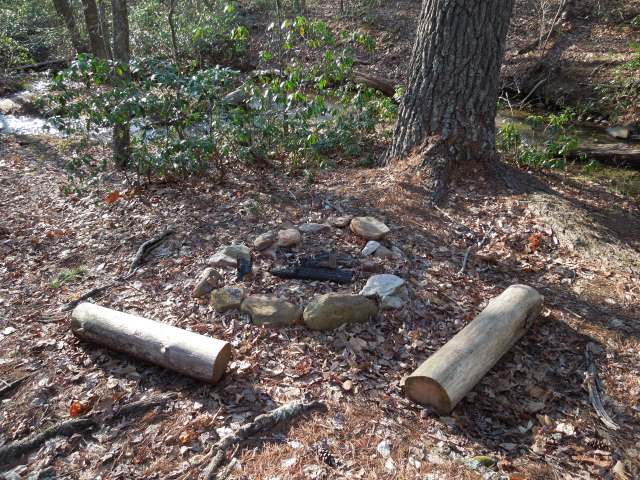 I built the fire all by myself! Every other time I have gone, I had friends that were boyscouts with me. They always built the fire and I watched and asked lots of questions. Apparently, I asked all the right questions, because this fire practically made itself and we had it going all night. 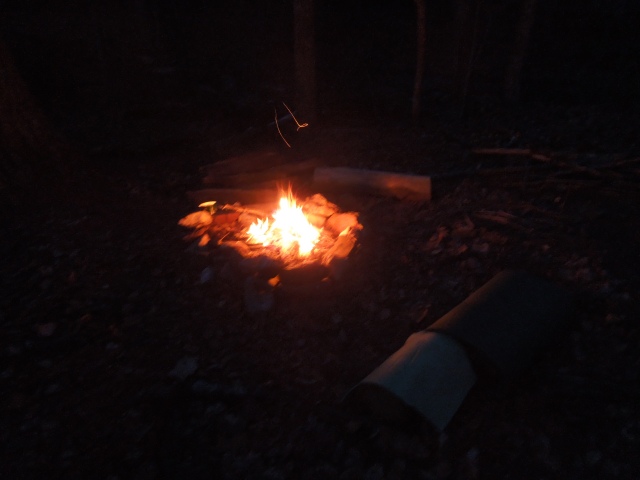 Visit my Facebook Fan Page to connect: http://www.facebook.com/DavidHunterPhillips While not working as a GeoInt Analyst in the Washington DC metro area, D. Hunter Phillips enjoys a life-long love of sci-fi, fantasy, role-playing games, and a great many other nerdy things that he explores through writing and games. D. Hunter regularly writes board game reviews at BoardGaming.com. Through his writing, D. Hunter hopes to inspire and speculate on the future and the past. He seeks deeper meanings within pulp genres of fantasy and sci-fi. D. Hunter enjoys the tales of John Ringo and Charles Stross. D. Hunter's readings lead him in a never ending cycle of sci-fi, history, physics, and psychology. D. Hunter enjoys going to DC area Goth clubs and seeing some of his favorite bands, such as VNV Nation. He also loves his home life with his partner in crime and several pets.
View all posts by dhunterphillips →
This entry was posted in Backpacking, Hiking and tagged backpacking, camping, George Washington National Forest, hiking. Bookmark the permalink.