Posted on September 5, 2014 by dhunterphillips 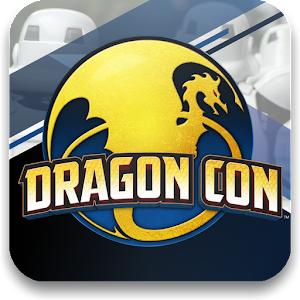 So, I’ve been going to DragonCon for a number of years now. I’ve more or less gotten used to the crowds and the lines. It is hard to think about how another must perceive the crowds that hasn’t been there before until you take someone new and watch their eyes glaze over.

This year was extraordinarily crowded and that crowd has also been changing in composition over recent years.

The con organizers are making progress in improving the organization and expansion, but, they aren’t actually staying ahead of the expanding size of the convention as far as attendees. This year, even the game room was completely over crowded and honestly poorly organized. There are “reserved” tables for games and tournaments, but they aren’t marked at all. There is an open gaming area, but they need to get with the program, it is way too tiny.

I actually got into each and every panel I got in line for this year, including:

Sir Patrick Stewart
At first, I thought that Sir Patrick was starting to get old and lose his memory. Sad when that happens, but then it is like something clicked. He was on his game and he answered the most obscure questions with great clarity. It was so entertaining to hear his tales.
Lost Girl
I haven’t kept up with Lost Girl, but my girlfriend had. So we went to this panel and we had a fantastic time at this one. Though we weren’t sitting with each other, I felt like I was witnessing it with her. Rick Howland had some good tales to tell and it is always entertaining to see celebs cosplaying.
Harry Potter
This panel wasn’t really my thing, but it was interesting to hear of fan girls getting cast in a production that they are totally nerding out about.
Guardians of the Galaxy: Gunn Brothers
I think this ended up being the allstar panel. From hearing about Stan Lee’s proposed cameo in the movie to telling Michael Rooker that he sucked. Getting the director/writer’s perspective was very different from all other panels I’ve been to. Also, no one asked the obligatory question, “Were there any good pranks on set”
Stargate Hangover Panel
This is probably the third year I have caught this panel. It is very entertaining to see the worn down actor/actresses after partying and working all weekend. Two of them actually showed up in their bath robes.

I got in the parade with the Mass Effect crew and that was really the highlight of the con for me. I am an attention whore and posing for thousands during the parade is just such a boost. Also, see right for my obligatory picture with Mark Meer, voice actor for Mass Effect. That’s me in the Husk costume.

Speaking of my Husk Costume, I got Mr. Freeze a lot without the other ME guys around. Then I got Borg and Iceman as well. I stopped bothering correcting people and just let them decide what I was. That was fine by me. The kids were so excited when I was Mr. Freeze. 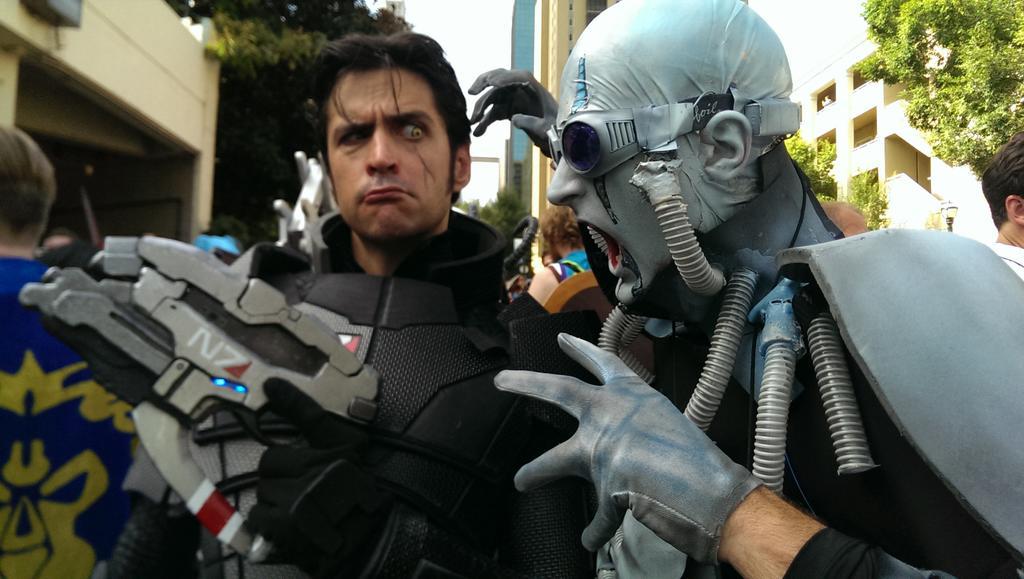 Visit my Facebook Fan Page to connect: http://www.facebook.com/DavidHunterPhillips While not working as a GeoInt Analyst in the Washington DC metro area, D. Hunter Phillips enjoys a life-long love of sci-fi, fantasy, role-playing games, and a great many other nerdy things that he explores through writing and games. D. Hunter regularly writes board game reviews at BoardGaming.com. Through his writing, D. Hunter hopes to inspire and speculate on the future and the past. He seeks deeper meanings within pulp genres of fantasy and sci-fi. D. Hunter enjoys the tales of John Ringo and Charles Stross. D. Hunter's readings lead him in a never ending cycle of sci-fi, history, physics, and psychology. D. Hunter enjoys going to DC area Goth clubs and seeing some of his favorite bands, such as VNV Nation. He also loves his home life with his partner in crime and several pets.
View all posts by dhunterphillips →
This entry was posted in Nerd Activities, Partying. Bookmark the permalink.