A world filled with TANKS

Posted on September 10, 2014 by dhunterphillips 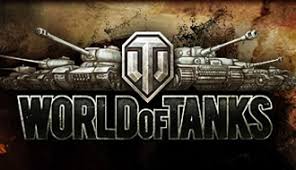 So I’ve been playing a lot of World of Tanks with my video game time lately. I’ve got to say, its a pretty fun game.

I heard it best on a youtube video on the BohemianEagle channel, its kind of like a first person shooter for people without the need for the same critical reflexes as those games usually take. That’s a paraphrase.

I like it though because I feel like there is a lot of tactical maneuvering and that the rate of fire of most people’s weapons slows the game down a little bit. Though it slows the combat down a little, it doesn’t slow down the need for thinking on your feet. At that point, the spare time you have comes to checking out the wide situation on the mini map and to thinking about, well, out thinking your opponent.

The other part of the game that intrigues me a lot more than a shooter is that there is a lot of physics hidden behind the exterior of the game. Armor thickness is dependent based on the angle of a shot fired against you. The location hit on a tank has a lot to do with what kind of damage you do and if you do something more.

I’m just really surprised that this game stayed hidden from my view for so long. One of the reasons though is that technically it is considered an MMO. Another thing I learned from this game, I really dislike MMORPGs, but I think that other types of MMOs are not too bad. In an MMORPG, you have to spend so much time just traveling and reading and getting quests and the reward isn’t really there for that style of game. I love table top RPGs and video game RPGs, but the MMO just isn’t conducive to that type of experience.

This game is pretty perfect for it. Playing in matches that last a maximum of 15 minutes is just right. You can play for a couple minutes and accomplish something or you can grind and just have fun for hours and hours.

Visit my Facebook Fan Page to connect: http://www.facebook.com/DavidHunterPhillips While not working as a GeoInt Analyst in the Washington DC metro area, D. Hunter Phillips enjoys a life-long love of sci-fi, fantasy, role-playing games, and a great many other nerdy things that he explores through writing and games. D. Hunter regularly writes board game reviews at BoardGaming.com. Through his writing, D. Hunter hopes to inspire and speculate on the future and the past. He seeks deeper meanings within pulp genres of fantasy and sci-fi. D. Hunter enjoys the tales of John Ringo and Charles Stross. D. Hunter's readings lead him in a never ending cycle of sci-fi, history, physics, and psychology. D. Hunter enjoys going to DC area Goth clubs and seeing some of his favorite bands, such as VNV Nation. He also loves his home life with his partner in crime and several pets.
View all posts by dhunterphillips →
This entry was posted in Gaming. Bookmark the permalink.